Clegg shared first place at the Jerry Pate National Intercollegiate with a school-record-tying three-round total of 198 (-12). The sophomore from Birmingham, Ala., collected his second career collegiate victory by shooting rounds of 66-63-69. The field consisted of all 14 schools from the Southeastern Conference.

Fernandez de Oliveira claimed his first stateside victory with a triumph at the Azalea Invitational. The sophomore from Buenos Aires, Argentina, posted a 72-hole sum of 277 (-7) and won on the first hole of a sudden death playoff. His rounds of 71-69-66-71 gave him the win against an 87-player field at the annual amateur event.

A sophomore from Tampa, Fla., Suber claimed co-medalist honors at the Jerry Pate National Intercollegiate with a 12-under 198 that included a final-round 66. His scorecards also included rounds of 67 and 65. Suber’s three-round total matched the Rebels’ all-time tournament record set by 2018 Ben Hogan Award finalist Braden Thornberry.

Fifteen total ballots are eligible to be cast, with 12 coming from members of the Hogan Trophy Award Foundation and Friends of Golf and three social media fan ballots. Those votes are issued to the top vote getter on Twitter, Instagram and Facebook, with the contests open through Thursday (Dec. 10) at 9 p.m. (CT). The winner will be named on Friday. 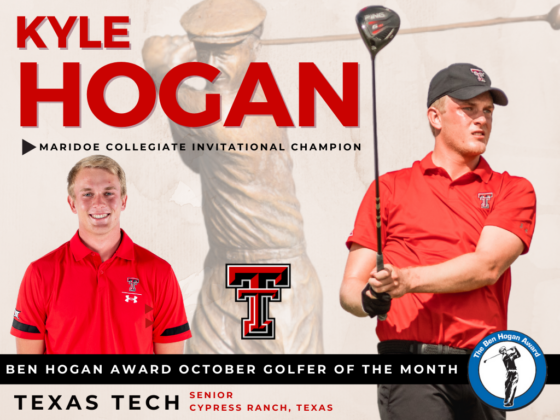 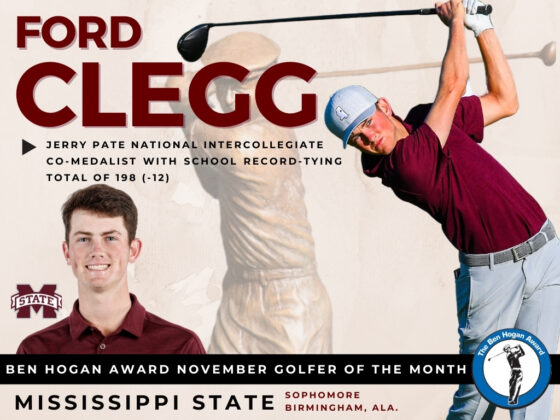