Leow, a sophomore, was the Gold Medal winner at Southeast Asian (SEA) Games. He bested the 38-player field by totaling a 13-under-par score of 203 over three rounds. With his final-round 65, Leow made up a two-shot deficit to become the first golfer from Singapore to win the event in 30 years.

Norton, a junior from Chico, Calif., claimed the Patriot All-America championship by one stroke with a 3-round sum of 203 (-7). The field consisted of 84 decorated collegiate players, many of whom earned PING All-America honors in NCAA Divisions I, II and III as well as the NAIA and NJCAA Divisions I and II the previous year.

Shipp, a senior from Duluth, Ga., won the South Beach International Amateur championship on the second hole of a sudden death playoff after posting a 4-round score of 281 (-2). The 210-player event featured 12 amateurs ranked in the world’s top 100, and once again is listed among the top 10 amateur fields worldwide.

The December Golfer of the Month will be announced on Friday. Fifteen total ballots are eligible to be cast, with 12 coming from members of the Hogan Trophy Foundation and Friends of Golf and three social media fan ballots. Those votes are issued to the top vote getter on Twitter, Instagram and Facebook, with the contests running from Wednesday through Thursday night at 11 p.m. (CT). 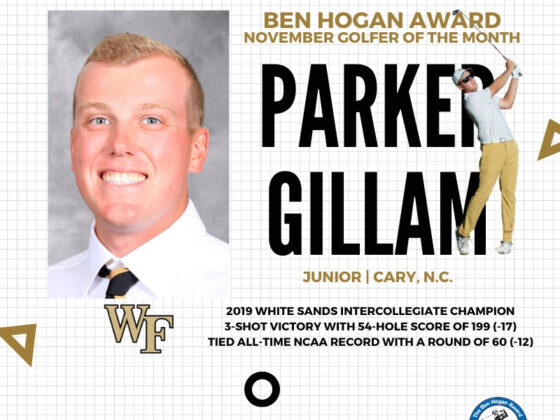 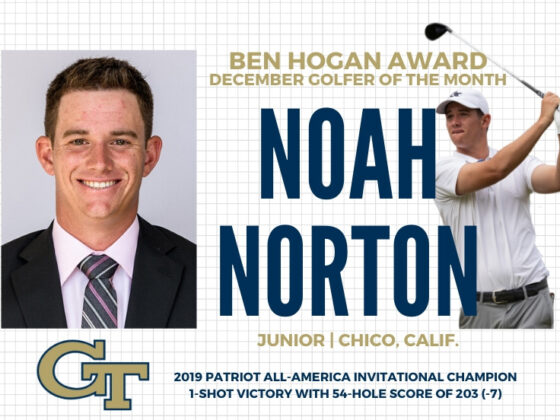