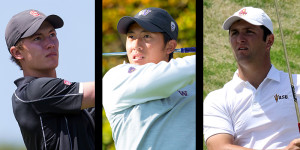 FORT WORTH, Texas (May 6, 2015) – Colonial Country Club, Friends of Golf (FOG) and the Golf Coaches Association of America (GCAA) have announced that Stanford sophomore Maverick McNealy, Washington senior Cheng-Tsung Pan and Arizona State junior Jon Rahm are the 2015 finalists for The Ben Hogan Award. It is the first time in the award’s history that all three finalists represent one conference.

The three Pac-12 Conference student-athletes will attend a black-tie banquet at Colonial Country Club on Monday, May 18, prior to the start of the PGA TOUR’s Crowne Plaza Invitational at Colonial. The winner will be crowned at the banquet, which will be streamed live on TheBenHoganAward.org beginning at 8 p.m. (CT).

All three are first-time finalists. In addition, for the first time, the three finalists were all born on different continents–McNealy (North America), Pan (Asia) and Rahm (Europe).

McNealy is the nation’s top-ranked college player in both the Golfstat Rankings and the Golfweek/Sagarin Rankings. He leads NCAA Division I with five collegiate victories this year, capped by a dominant 10-stroke win at the Pac-12 Conference Championships last week. His 18-under score of 262 established a new league tournament scoring record.

The 2015 Pac-12 Conference Player of the Year previously claimed medalist honors at the Southwestern Intercollegiate, Olympia Fields/Fighting Illini Invitational, The Prestige at PGA West and The Goodwin. A three-time Pac-12 Golfer of the Month, he has been selected to compete this summer on the United States Palmer Cup team.

The native of Portolo Valley, Calif., is listed third in the World Amateur Golf Rankings and 34th in the Scratch Players World Rankings. Last summer, he qualified to compete at both the U.S. Open and U.S. Amateur. Among his top finishes, he tied for ninth at the 2014 Players Amateur. He is the third different Stanford finalist for the award dating back to last year, joining reigning winner Patrick Rodgers and Cameron Wilson.

Pan is one of five players ranked among the top 10 in the Golfstat Rankings (4th), Golfweek/Sagarin Rankings (5th), Scratch Players World Rankings (6th) and World Amateur Golf Rankings (10th). He could become the third Husky to win the award in the past six years, joining Williams and Nick Taylor (2010).

A native of Miaoli County, Taiwan, Pan earned two gold medals, one individual and one team, at the Asian Games in Korea last summer. He also tied for fifth at the Asia-Pacific Amateur last October. Additionally, Pan qualified to play in the 2014 British Open, advanced to the round of 32 at last year’s U.S. Amateur and reached the round of 16 at the 2014 Western Amateur.

Rahm, the first finalist in Arizona State history, is the No. 1 player in the World Amateur Golf Rankings as well as the Scratch Players World Rankings. Meanwhile, he is listed second in both the Golfstat Rankings and Golfweek/Sagarin Rankings. He is the only player in the world listed among the top five in each of the four ranking systems.

The native of Barrika, Spain, has earned a second straight spot on the European Palmer Cup roster. He helped lead his side to victory last summer with a team-best 3.5-point performance. In addition, he won the 2014 Eisenhower Trophy given to the medalist of the World Team Amateur and broke Jack Nicklaus’ scoring record by six shots. Last summer, he also won the Spanish Amateur Championship and reached the U.S. Amateur’s round of 16.

In February, Rahm tied for fifth at the Waste Management Phoenix Open, becoming the first amateur to place in the top five at a PGA TOUR event since 2008. He has won three college tournaments in 2014-15–the Duck Invitational, ASU Thunderbird and Bill Cullum Invite. The junior has nine consecutive top-8 finishes at college events and owns a 68.79 stroke average.

The 2015 Ben Hogan Award recipient will receive an exemption into the PGA TOUR’s 2016 Crowne Plaza Invitational at Colonial, as well as earn a $25,000 grant for its men’s golf scholarship program. The other two finalists’ schools each will receive grants of $12,500.

Additionally, for the first time, the other seven semifinalists’ schools will receive grants of $2,000 each. The remaining semifinalists were: Gavin Green (New Mexico), Beau Hossler (Texas), Kyle Jones (Baylor), Lee McCoy (Georgia), Robby Shelton (Alabama), Ollie Schniederjans (Georgia Tech) and Hunter Stewart (Vanderbilt). In all, a record $64,000 in grants will be distributed.

The Ben Hogan Award is presented annually to the top men’s NCAA Division I, II or III, NAIA or NJCAA college golfer taking into account all collegiate and amateur competitions during the 12-month period dating from the previous award’s banquet.

The Ben Hogan Award selection committee is made up of 25 leaders and experts in amateur, college and professional golf. In order to determine the finalists, each committee member cast a ballot that ranked the group of 10 semifinalists from 1-10.

The award, which was first issued in 1990 and included academic achievement in its original list of standards, revised its criteria for the 2001-02 collegiate season to its current standard of honoring the outstanding amateur collegiate golfer and moved the award to Colonial Country Club.

To find the latest information on The Ben Hogan Award, its candidates and its previous winners, visit the official web site www.TheBenHoganAward.org and follow @BenHoganAward on Twitter.

Notes About the Finalists 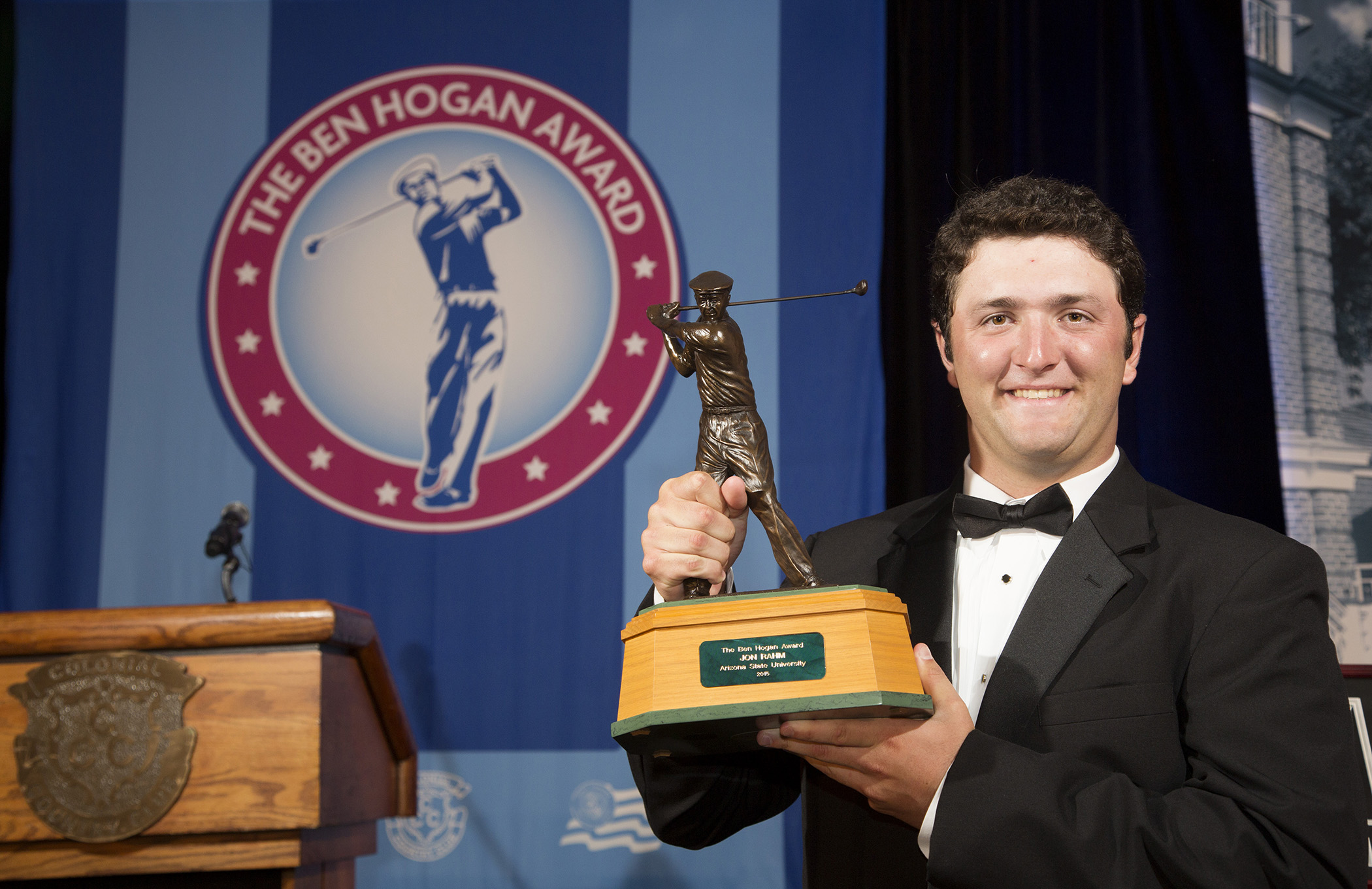