All three are first-time finalists for the award, which is given annually to the top men’s college golfer taking into account all collegiate and amateur competitions over the past 12 months. This year’s season was cut short due to the COVID-19 pandemic, meaning that all tournaments played between May 21, 2019, and March 12, 2020, were considered.

“On behalf of the Hogan Trophy Award Foundation, I would like to congratulate John, Ricky and Sahith on being named finalists for the most prestigious award in men’s college and amateur golf,” Ben Hogan Award Chairman Harold Muckleroy said. “While the college golf season may have been shortened, the accomplishments of these three men over a nine-month period stand tall. We’d like to thank our esteemed selection committee for their hard work in selecting three deserving finalists among a field of outstanding contenders.”

Augenstein is listed second in the Golfstat individual rankings and fourth in the Scratch Players World Amateur Ranking (SPWAR). Additionally, he ranks seventh in the Golfweek/Sagarin system and 17th in the World Amateur Golf Ranking (WAGR). He helped lead Team USA to victory at the 2019 Walker Cup by posting a 2-1-1 record. He also is a member of both the 2019 and 2020 United States Palmer Cup teams.

Last summer, Augenstein was the runner up at the U.S. Amateur Championship, earning berths into the 2020 Masters Tournament and 2020 U.S. Open as a result. He tied for 12th during the medal round and was a finalist for Ben Hogan Award August Golfer of the Month accolades.

This season, the native of Owensboro, Ky., averaged 69.95 strokes over 19 rounds across seven college events. He notched a victory at the Desert Mountain Intercollegiate and had two other top five finishes, including a runner-up showing at the Nike Golf Collegiate.

Castillo holds down the second position in both the World Amateur Golf Ranking and the Golfweek/Sagarin ranking. In addition, he is rated ninth according to Golfstat and No. 15 by Scratch Players. He earned a spot on the United States’ 2020 Palmer Cup team.

Last summer, Castillo reached the round of 16 at the 2019 U.S. Amateur after tying for second place during the medal portion of the event, and he also was a Western Amateur semifinalist. The native of Yorba Linda, Calif., made the quarterfinals of the 2019 North and South Amateur after claiming medalist honors in stroke play. He also placed among the top 10 at the Australian Master of the Amateurs.

In college play, Castillo won two tournaments, claiming the Sea Best Invitational and Florida Gators Invitational back-to-back in the spring. In all, he posted a 70.14 scoring average over seven events. He was the Ben Hogan Award Golfer of the Month for February and a finalist for the honor in August.

Theegala is the top-ranked college player in both the Golfweek/Sagarin rankings and the Golfstat individual rankings. In addition, he sits among the world’s top five in both the WAGR (No. 3) and SPWAR (No. 5). The Ben Hogan Award’s January Golfer of the Month picked up a four-shot win at the 2020 Australian Master of the Amateurs.

The native of Chino Hills, Calif., was the 2019 Southern California Golf Association (SCGA) champion and advanced to the match play portion of both the U.S. Amateur and Western Amateur. In addition, he was the runner up at the Sahalee Players Amateur and took 12th at the Sunnehanna Amateur.

In college play in the 2019-20 season, Theegala won a pair of tournaments, the Southwest Invitational and the Alister MacKenzie Invitational. He had four more top-10 finishes and was among the top 20 in all eight events. The senior posted a 69.04 scoring average over 24 rounds.

The selection committee is made up of 30 leaders and experts in amateur, college and professional golf. The recipient will be named on Tuesday, June 9, prior to the start of the Charles Schwab Challenge. Due to the pandemic, the 2020 Ben Hogan Award dinner will not be held. The 2020 recipient earns the first invitation into the PGA TOUR’s 2021 Charles Schwab Challenge and will be honored during that week’s festivities.

About Konica Minolta
Konica Minolta Business Solutions U.S.A., Inc. is reshaping and revolutionizing the Workplace of the Future™ with its expansive smart office product portfolio from IT Services (All Covered), ECM, Managed Print Services and industrial and commercial print solutions. Konica Minolta has been recognized as the #1 Brand for Customer Loyalty in the MFP Office Copier Market by Brand Keys for thirteen consecutive years, and is proud to be ranked on the Forbes 2017 America’s Best Employers list. The World Technology Awards recently named the company a finalist in the IT Software category. Konica Minolta, Inc. has been named to the Dow Jones Sustainability World Index for eight consecutive years. It partners with its clients to give shape to ideas and work to bring value to our society. For more information, visit us online and follow Konica Minolta on Facebook, YouTube, Linked In and Twitter. 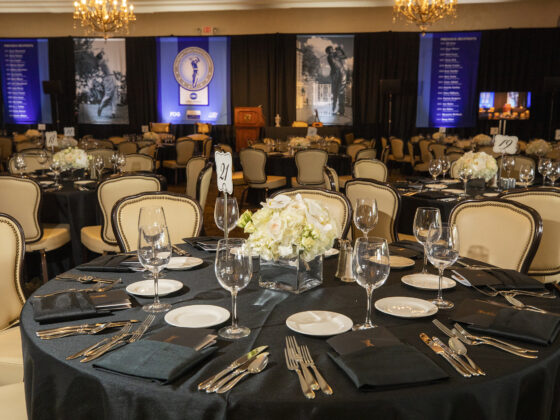