FORT WORTH, Texas (Aug. 11, 2021) – Stanford sophomore Michael Thorbjornsen has been selected as The Ben Hogan Award July Golfer of the Month following committee and social media voting. It is the first honor for a Cardinal golfer since the monthly award was formed in the summer of 2019.

Thorbjornsen, a sophomore from Wellesley, Mass., claimed the 119th Western Amateur Championship title by a 4 and 3 score in the championship match. He also finished the event as the stroke play medalist with a 72-hole sum of 267 (-13) to become the first player since 2017 to sweep both titles at the prestigious tournament.

Additionally, Thorbjornsen won the 113th Massachusetts Amateur, winning the championship match 8 and 6 after placing second in stroke play. He is rated 14th by Scratch Players World Amateur Ranking and No. 29 in the World Amateur Golf Ranking.

The Ben Hogan Award’s monthly honor counts any college, amateur or professional event completed during the month. The other finalists for the July honor were senior Sam Choi of New Mexico and sophomore Maxwell Moldovan of Ohio State.

Fifteen total ballots were cast, with 12 coming from members of the Hogan Trophy Award Foundation and Friends of Golf and three social media fan ballots. Those votes were issued to the top vote getter on Twitter, Instagram and Facebook. Thorbjornsen claimed the Instagram and Facebook votes, while Moldovan collected the Twitter ballot.

The Ben Hogan Award presented by PNC Bank is given annually to the top men’s college golfer taking into account all collegiate and amateur competitions over the previous 12 months. The Ben Hogan Trophy was first issued by the Friends of Golf at Bel-Air Country Club in Los Angeles in 1990. 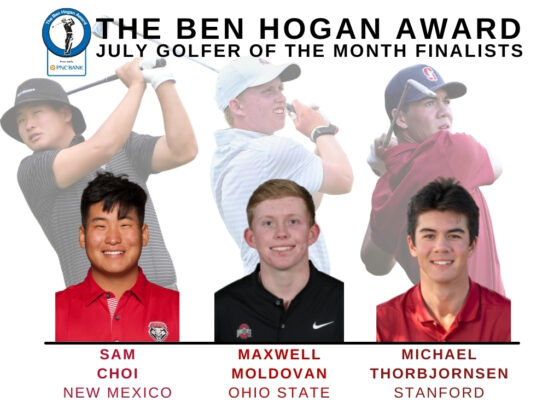 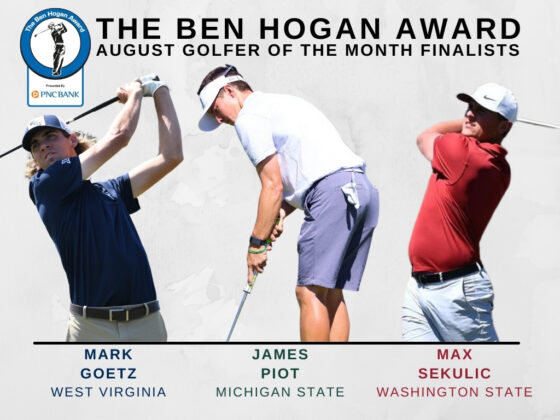 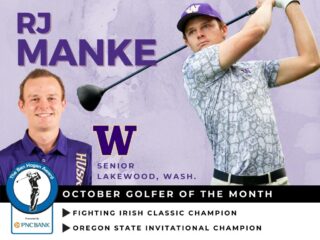 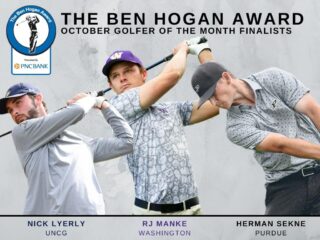 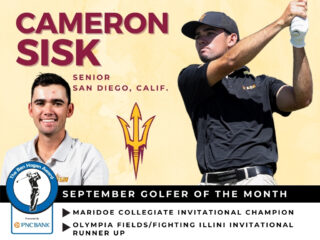