FORT WORTH, Texas (Jan. 10, 2020) – The Ben Hogan Trophy Award Foundation has announced that Georgia Tech’s Noah Norton has been named the Ben Hogan Award December Golfer of the Month. He is the second Yellow Jacket to win the award this season, joining Andy Ogletree.

Norton, a junior from Chico, Calif., claimed the Patriot All-America Invitational title by one stroke with a 3-round sum of 203 (-7). The field consisted of 84 decorated collegiate players, many of whom have earned PING All-America honors in NCAA Divisions I, II and III as well as the NAIA and NJCAA Divisions I and II.

Fifteen total ballots were cast, with 12 coming from members of the Hogan Trophy Foundation and Friends of Golf and three social media fan ballots. Those votes were issued to Shipp, the top vote getter on Instagram, Twitter and Facebook. 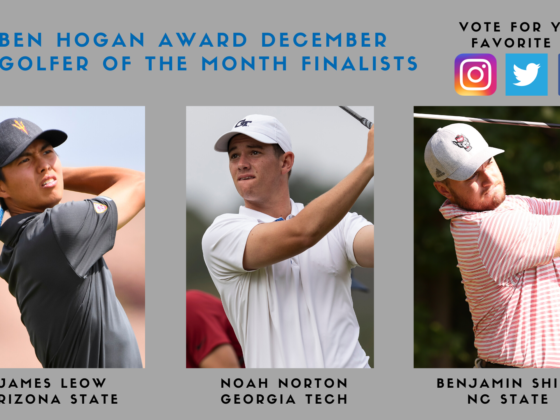 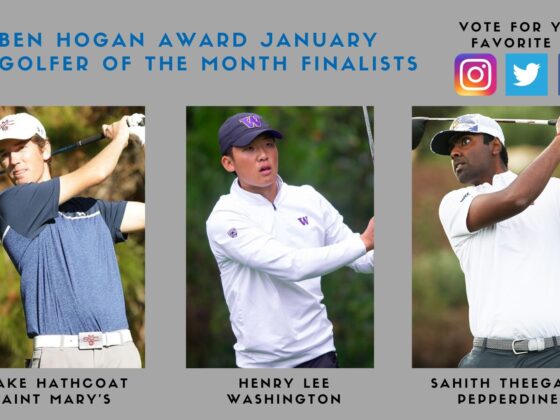