Chacarra, a senior, won the Amer Ari Invitational with a three-round score of 197 (-19), which included a final-round 62. He followed that up with a third-place effort at the Florida Gators Invitational with an 8-under card of 202. For the month, the native of Madrid, Spain, carried a 66.50 stroke average over six rounds.

Jackson, a junior from Murraysville, Pa., won the Jones Cup Invitational by three shots with a 5-under 211. Only two players among the 84 individuals in the amateur field finished under par. Jackson also tied for fourth at the Watersound Invitational with a 212 (-4). He finished the month with a 70.50 scoring average.

The Ben Hogan Award’s monthly honor counts any college, amateur or professional event completed during the month. Fifteen total ballots are eligible to be cast, with 12 coming from members of the Ben Hogan Award committee and Friends of Golf and three social media fan ballots. Those votes are issued to the top vote getter on Twitter, Instagram and Facebook, with the contests open through Thursday at 5 p.m. (CT). The winner of the monthly award will be named Friday. 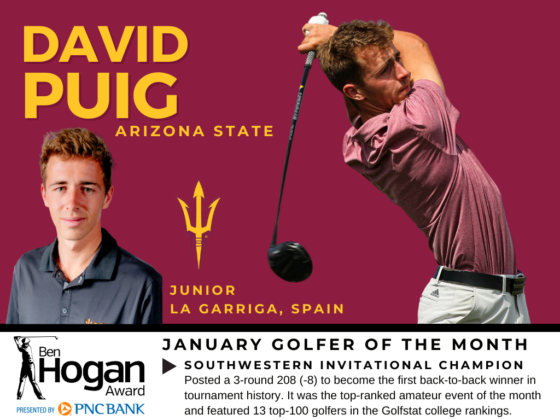 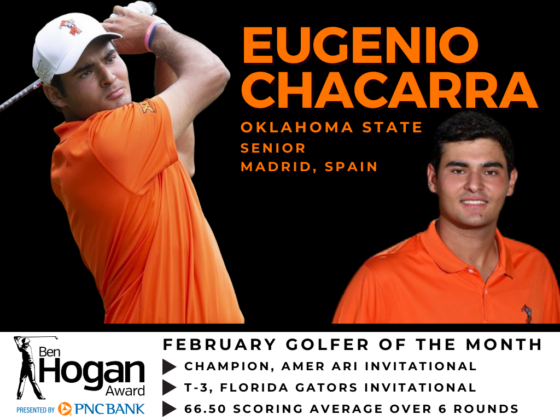 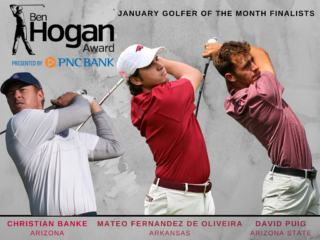