Nine first-time semifinalists are among the 10 contenders

FORT WORTH, Texas (April 12, 2017) – Colonial Country Club, Friends of Golf (FOG) and the Golf Coaches Association of America (GCAA) have announced that nine first-time semifinalists are among the 10 players in contention for the 2017 Ben Hogan Award presented by Konica Minolta Business Solutions U.S.A., Inc. (Konica Minolta).

Each semifinalist’s school will once again receive a scholarship grant for its men’s golf program. Since 2002, more than $500,000 in scholarships has been awarded to more than two dozen schools.

The Ben Hogan Award is issued annually to the top men’s NCAA Division I, II or III, NAIA or NJCAA college golfer taking into account all collegiate and amateur competitions during the past 12-month period. The award’s selection dommittee, which votes during each stage of the process, is comprised of 24 leaders and experts in professional, amateur and collegiate golf.

On Wednesday, May 3, the group will be pared down to three finalists. The three finalists will then travel to Fort Worth, Texas, to attend a black-tie banquet where the winner will be crowned at Colonial Country Club on Monday, May 22, prior to the start of the PGA TOUR’s Dean & DeLuca Invitational.

The Ben Hogan Trophy was first issued in 1990 at Bel-Air Country Club in Los Angeles and included academic achievement in its original list of standards. In 2002, the Ben Hogan Award began honoring the outstanding amateur collegiate golfer at Colonial Country Club.

• Four conferences are represented on the semifinalist list, led by the Pac-12 with five players. The other leagues include the SEC (2), Big Ten (2) and ACC (1).

• With the inclusion of Nick Hardy and Dylan Meyer, Illinois has multiple honorees. The Illini are the first team with two semifinalists since 2014, when both Stanford (Patrick Rodgers and Cameron Wilson) and Alabama (Robby Shelton and Bobby Wyatt) had two apiece.

• This is the eighth straight year that Stanford has a semifinalist, which is the longest active streak by any school. Arizona State (3), Illinois (2) and Oregon (2) also have active streaks.

• Sam Burns is the first semifinalist in LSU history. 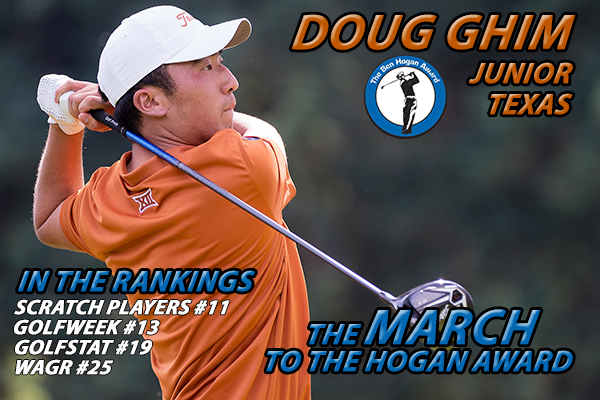 The March to the Hogan Award: Doug Ghim 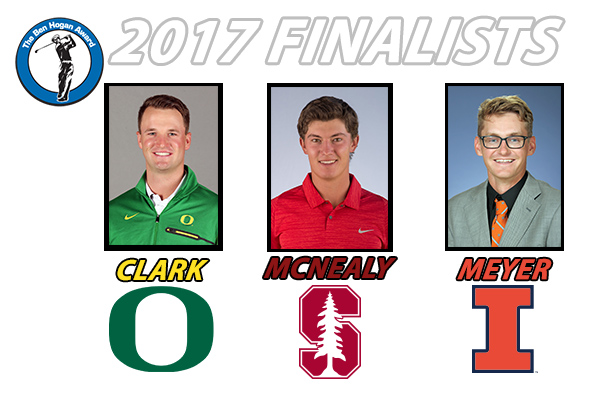 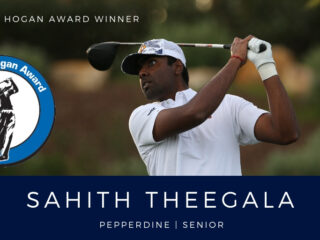 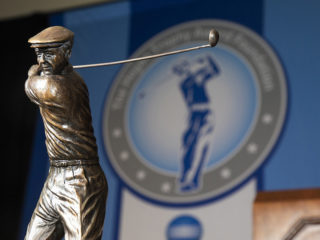